iPhone's 11 (and later) U1 chip give iPhones special awareness.

Apple uses it for airdrop:
point your device to the user you want to share to and that user will automatically be highlighted on top of the screen: 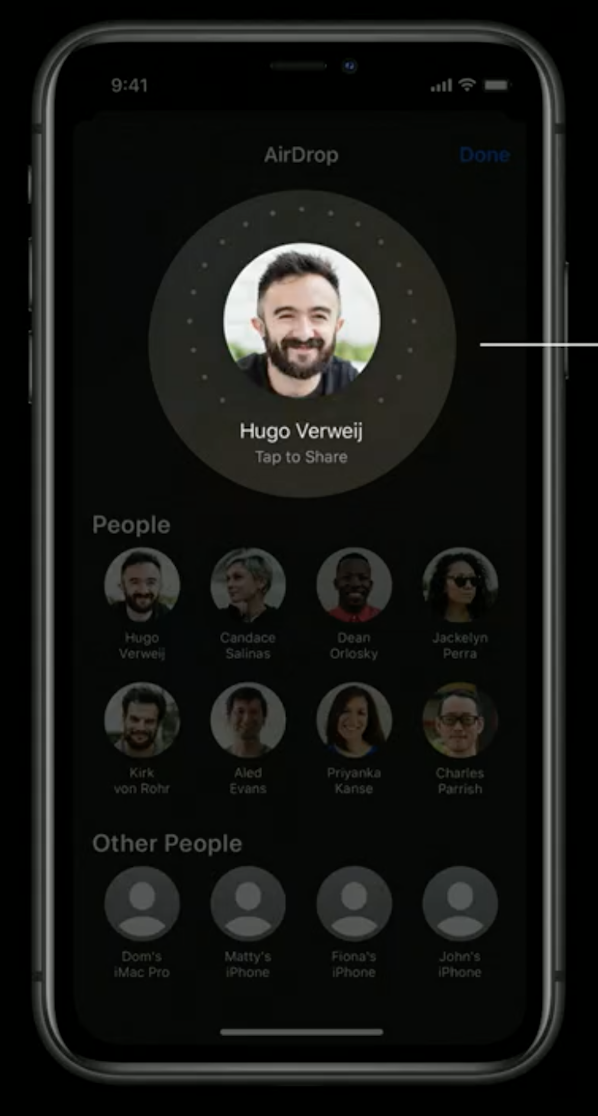 NearbyInteractions is a new framework that behaves as an interface to spatial awareness in iOS.

To use this framework you will need at least two devices, therefore this permission must be granted by both users.

Once granted, the devices can start to understand how far apart they are and in which relative direction: 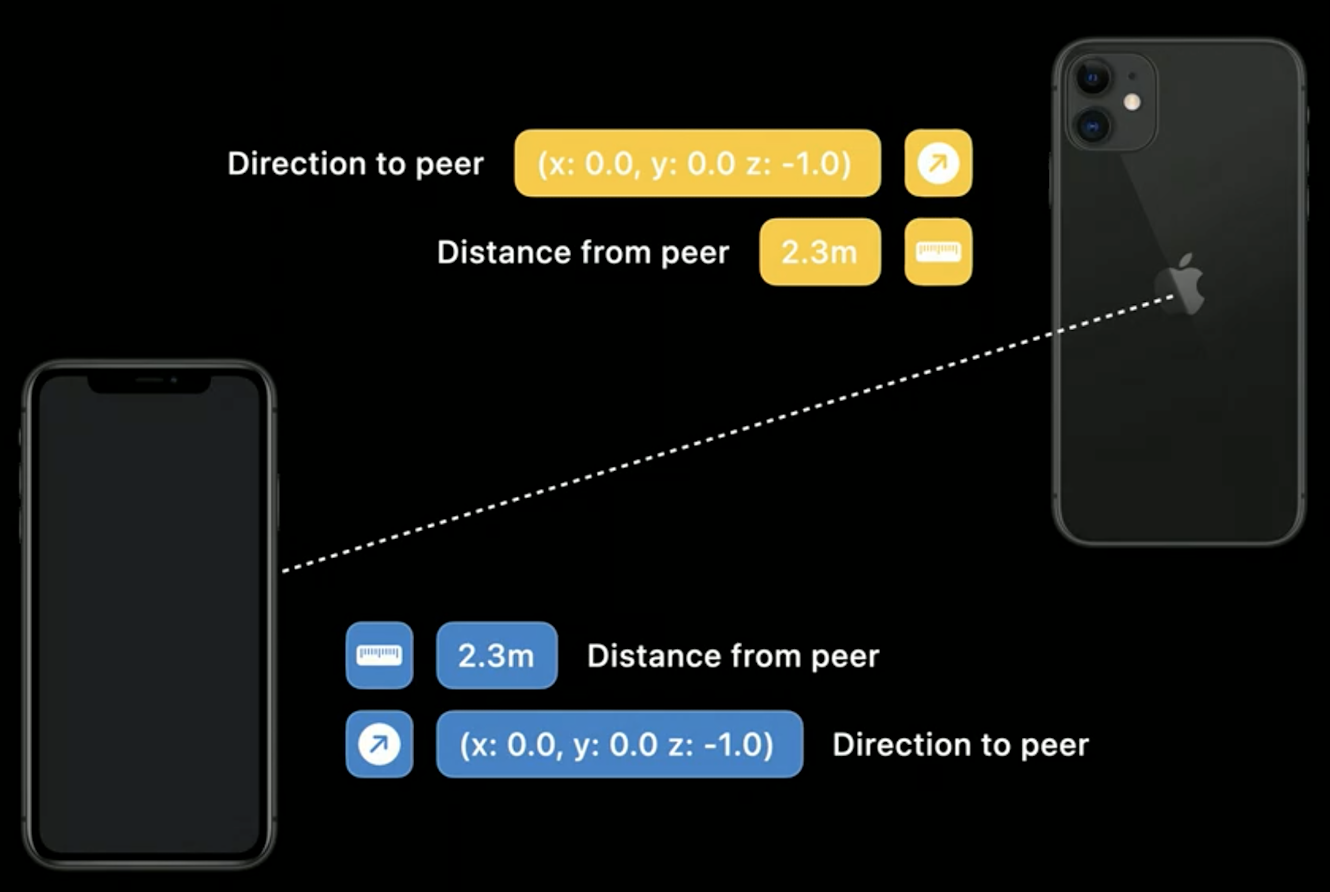 Nearby Interaction provides your app two main types of inputs:

When your app is running a Nearby Interaction session, it is able to get a continuous stream of updates containing distance and direction information.

These updates are bidirectional: both sides/devices of the session are learning about each other's relative position simultaneously.

Each device can run several sessions (aka bidirectional updates with different devices) at the same time: each session with one other peer.

The devices that want to start a session need to know each other discovery token, a way to exchange this token is via the MultipeerActivity.framework:

For more, read the official documentation.

This is an example of a typical class that manages the Nearby Interaction session:

The NISession session delegate receives all updates regarding the session status:

NINearbyObject contains the update from a session, it provides three properties:

distance and direction are nullable: this happens when the confidence of those values are very low and the devices are out of the U1 chip field of view