What the transition to Apple Silicon means

In macOS 11, when running on Apple silicon, the CPU tab of the Activity Monitor.app has a new Kind column showing which architecture each process runs on ("Apple" means it's running natively in Apple Silicon, Intel when the process is being translated via Rosetta):

Your apps and most executable code in macOS, are stored in a file format called Mach-O.

To examine a file on disk, you can use the lipo command.

#if for platforms and CPU architectures

When building for Apple Silicon you might encounter linker warnings (that later translate in some cryptic errors) similar to: ignoring file when building for macOS-arm64, but attempting to link with file built for macOS-x86_64..

This happens when we have a binary dependency that hasn't been built as universal yet, the only way to fix this is to:

What you can do now: search for precompiled binaries in your project (.a, .dylib, .framework, .xcframework) and reach out their vendors if the binary is not universal (use lipo --info path/to/binary to inspect them)

In Instruments you can see which core is which by the associated label: 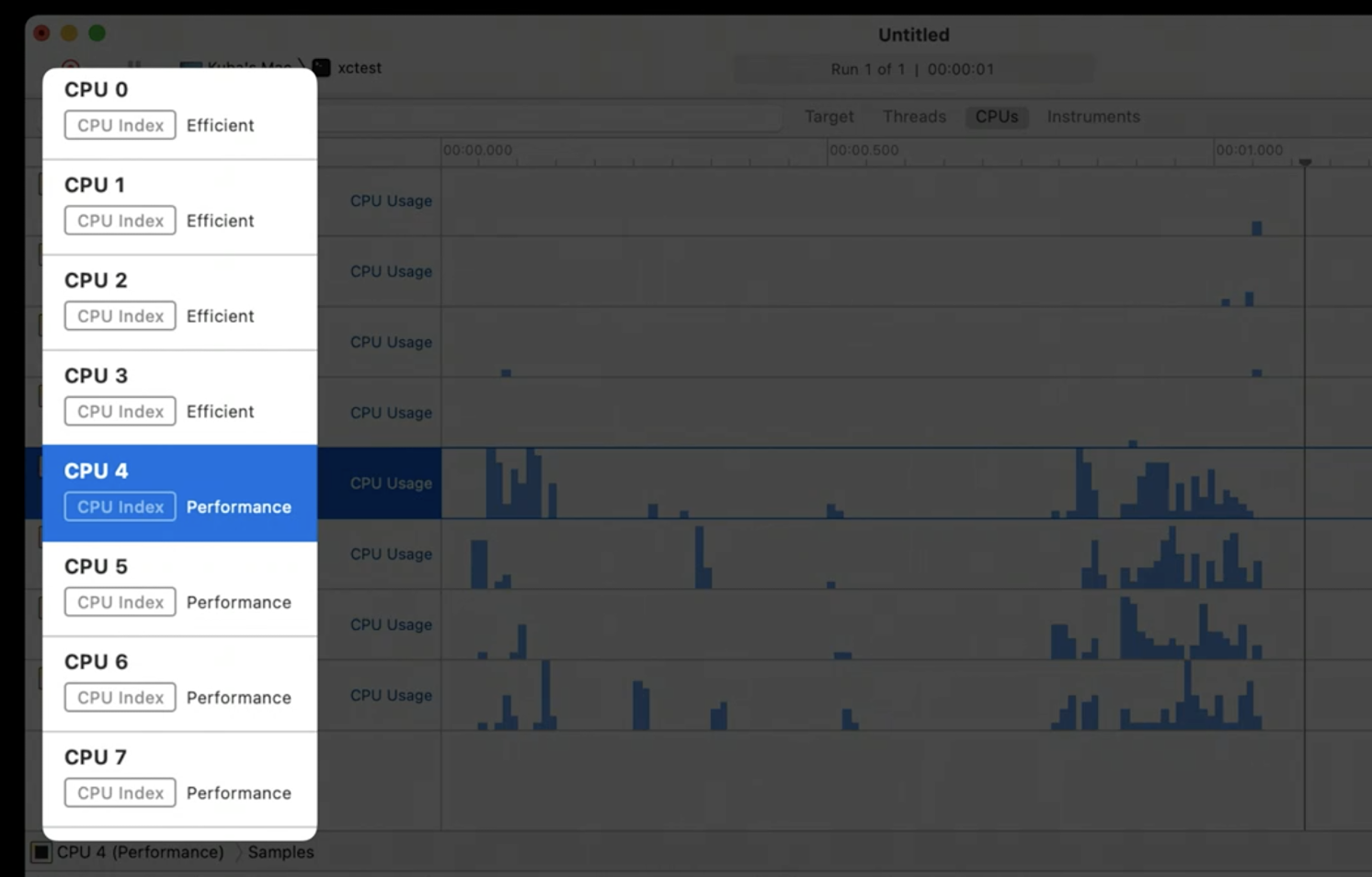 If your app supports plug-ins, it will typically discover them at runtime and then load them when needed.

That's called an in-process plug-in model, and typically the app uses a call to dlopen() or Bundle.load() for this.

Alternatively, the plug-ins can be spawned as new processes, and we call those out-of-process plug-ins. The app and the plug-in process then use some interprocess communication mechanism like XPC. Loading another plug-in typically spawns another process.