Add configuration and intelligence to your widgets

Description: Widgets are at their best when they show up on someone’s Home screen or in the Today View at the right time and provide actionable, relevant information. We’ll show you how to build configurable widgets to let people create a personalized Home screen experience, and that take advantage of system intelligence to help people get what they want, when they want it. Learn how to customize your widget’s configuration interface, and how to appear within Siri Suggestions or at the top of a widget Smart Stack based on user behavior or by letting the system know when there's new, timely information. For more on widgets, watch "Meet WidgetKit". And for more on system intelligence, watch the collection "Design for Intelligence."

How to add a configuration to your widget

The session shows how to add a configuration to an intent, this is done via the intent editor and it's several steps around enabling an intent in our Widget, it starts at 7:00 and continues to 15:00. It's very visual: it's better to watch the video for this part.

We can customize the appearance of the backside of our widget: 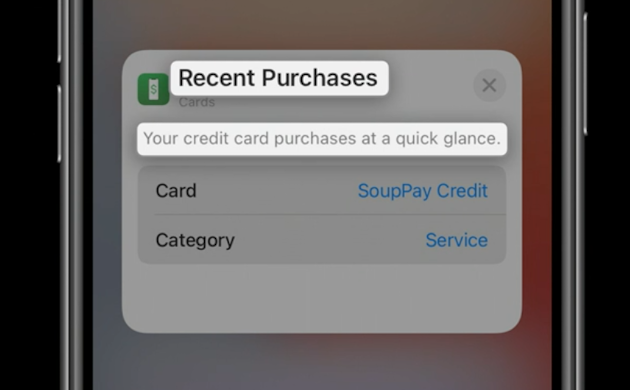 How do Stacks behave intelligently?

The system will try to surface widgets based on two reasons: - User behavior - Relevance Information

Relevance information from the app