Getting the Most Out of Simulator

Description: Join us for a deep dive into the world of Simulator. Find out how Simulator works, discover features you might not know exist, and get a tour of the command-line interface to Simulator for automation. Learn about native GPU acceleration in Simulator via Metal, and how to optimize your Metal code to take advantage of it.

The talk continues with different tips and tricks on what you can do in the simulator. 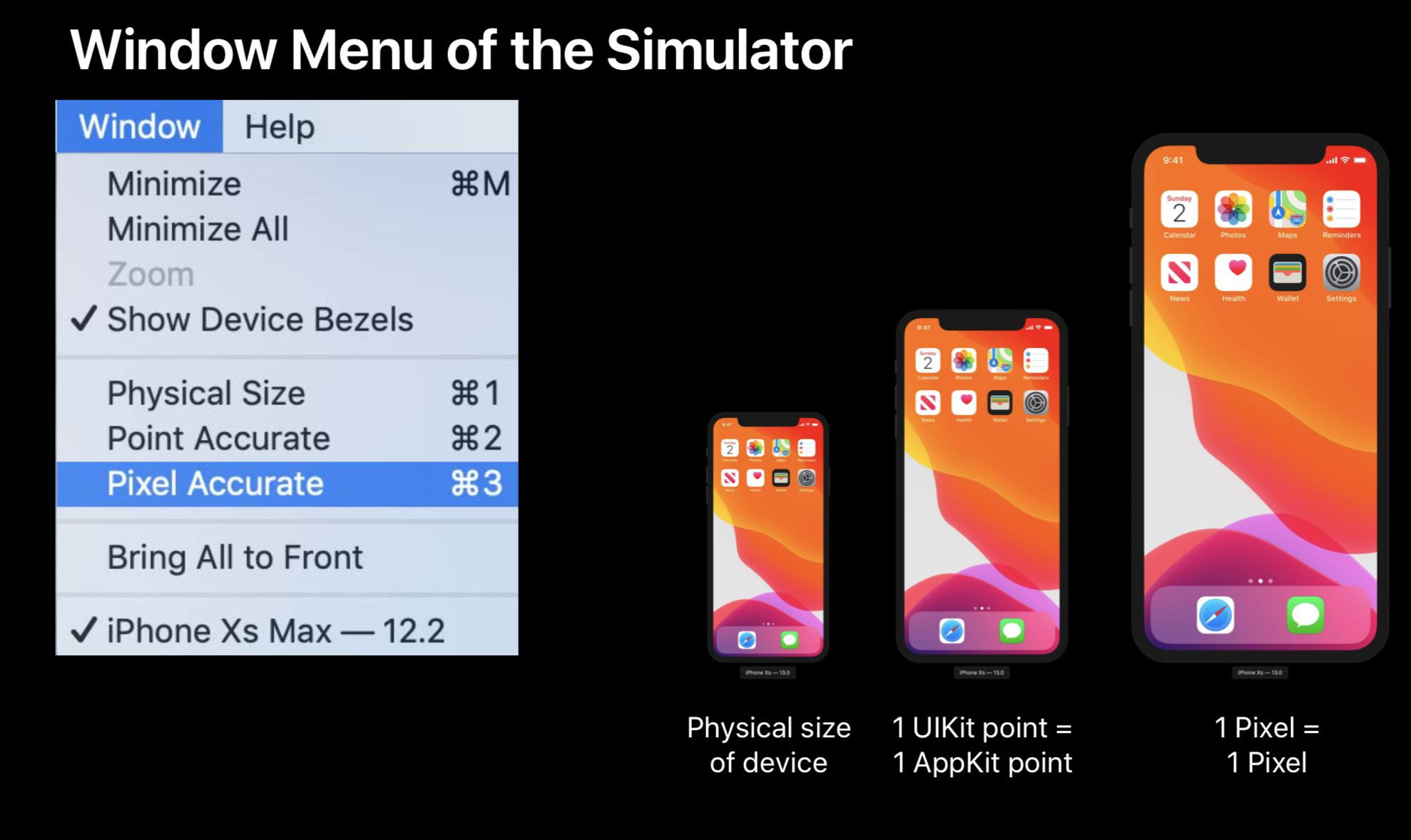 The most common way is just drag and drop, however you can also use the share sheet:

  You can then target a single simulator or to all the simulator at once.

Use the Simulator via Command Line

The talk then goes through an overview of the xcrun simctl command line:

The talk ends with an overview of Metal being available to the simulator and reasons why it is awesome, for us we will see all the places where we use it (a.k.a. UIKit) run smoothly in the simulator.

While cool, this might make things go well on the simulator, but lag on the real device (because now we can have better performance in the mac). Therefore always test on the real device when we have computation heavy tasks at hand.