Description: Learn about the dyld dynamic linker used on Apple platforms, how it's changed over the years, and where it's headed next. Find out how improved tooling makes it easier to optimize your app's launch time, and see how new changes coming in dyld will bring even further launch time improvements.

Use the Static Initializer tracer in instruments to profile your startup time:

Dynamic Linking Through the Ages

Originally dyld did not have version numbers, but Apple is retroactively giving them them.

Many minor updates along the way:

How dyld 2 and dyld 3 launch an app 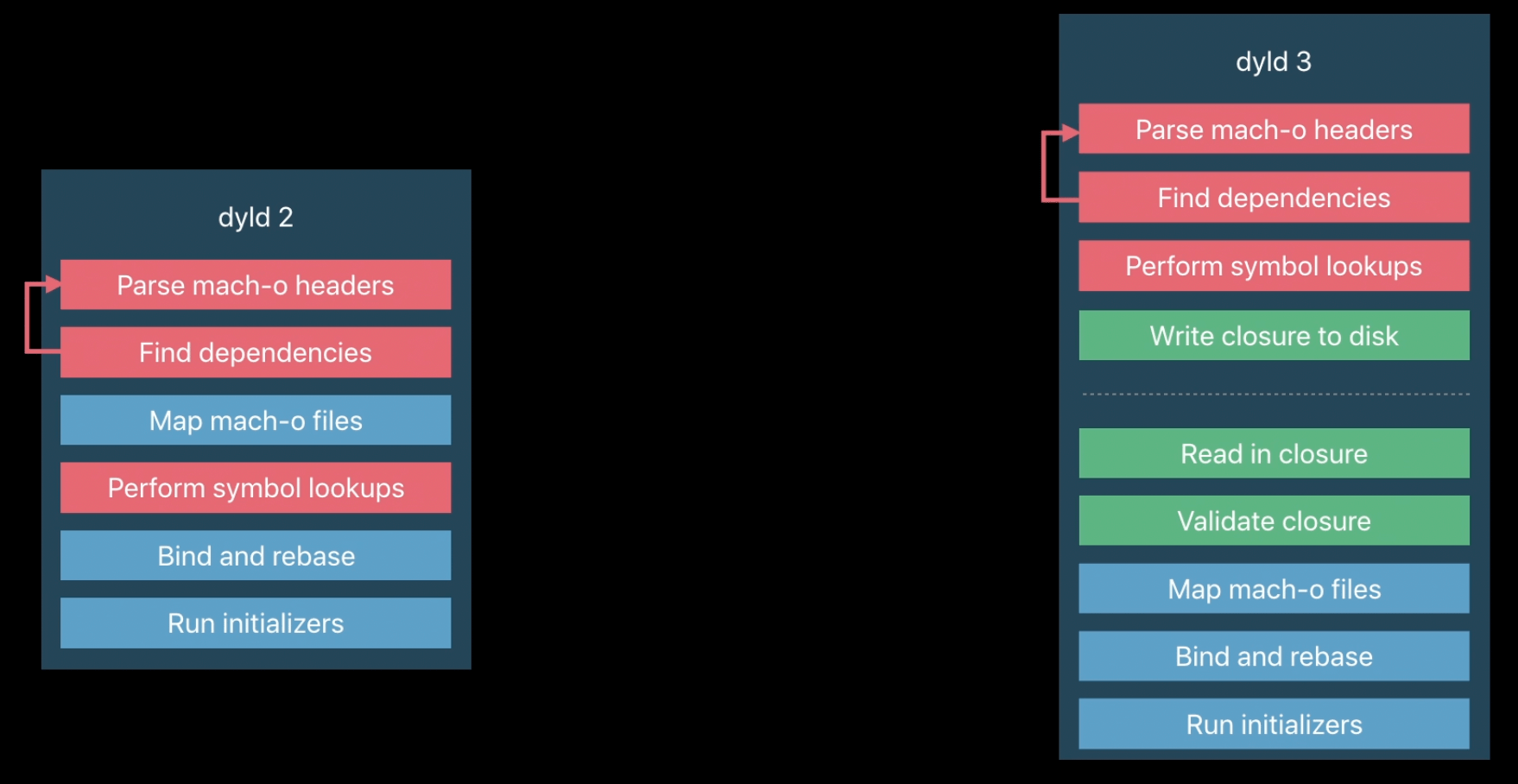 Out of process mach-o parser

Is a normal daemon that can use normal testing infrastructure.

This is the part that runs in the app process.