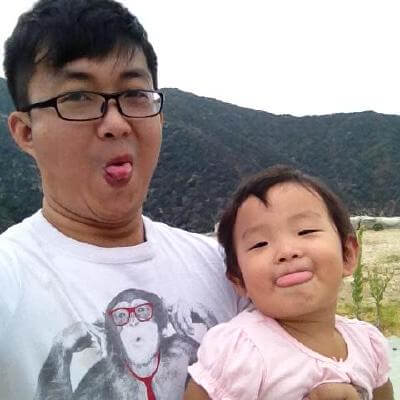 Description: Get the most out of iOS's frameworks by understanding their core idioms and expectations. Learn about pervasive design patterns like "Model, View, Controller", Target/Action, Delegation and others used throughout Cocoa Touch. Gain practical knowledge of architectural idioms to organize your code for flexibility, clarity and reliability. See how to structure your app to take full advantage of Apple's frameworks.

What does it do: Connect controls to custom logic Control sends messages (Action) to the Object(Target) 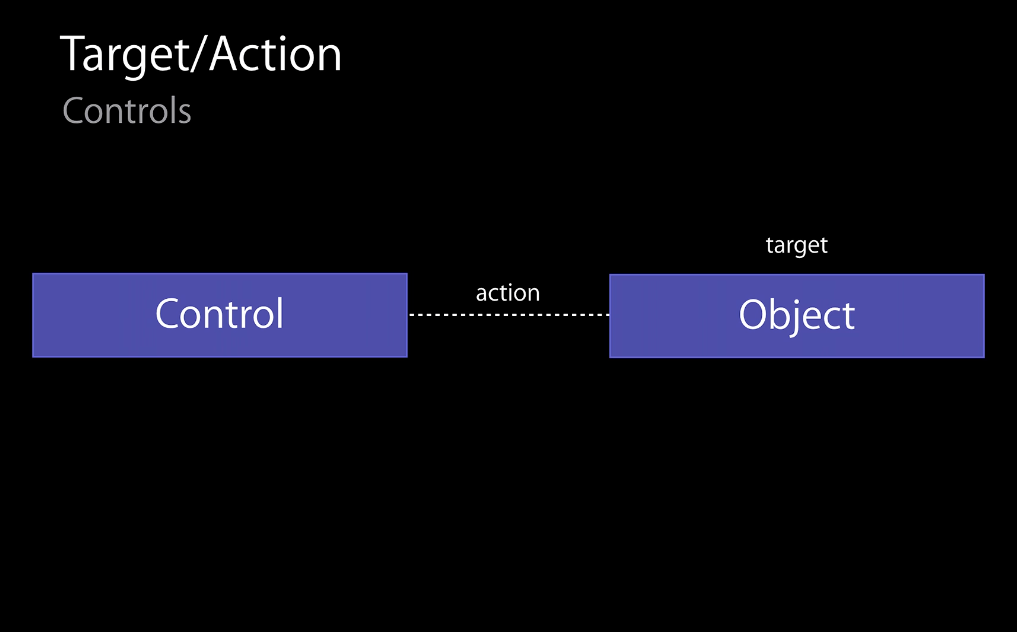 What does it do: Handle events without knowledge of which object will be used 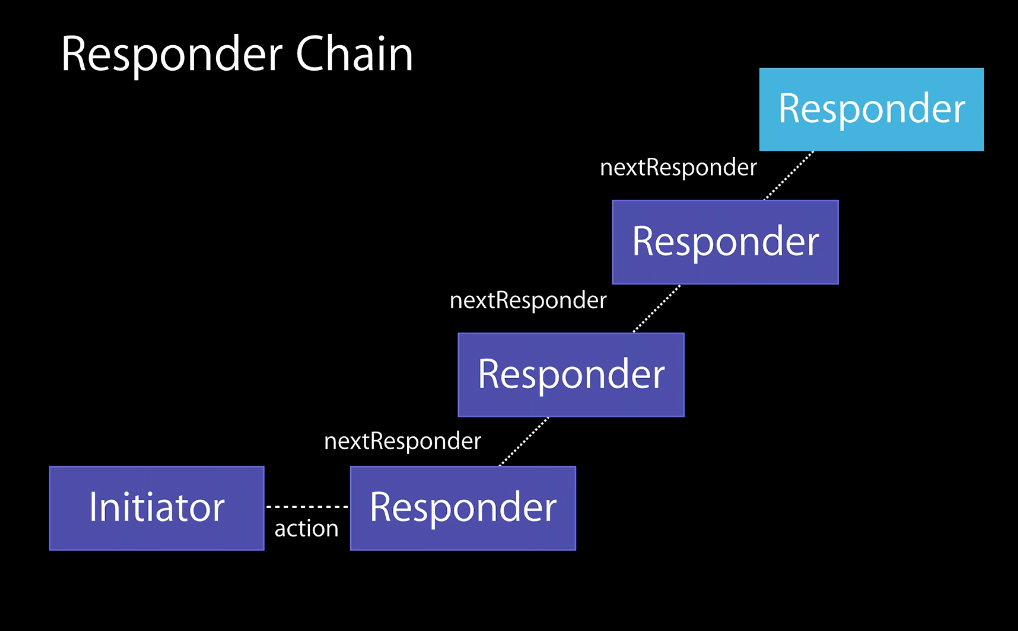 If the 1st Responder doesn't respond, the message will keep passing until either some responder respond it or nothing happens (no responder). 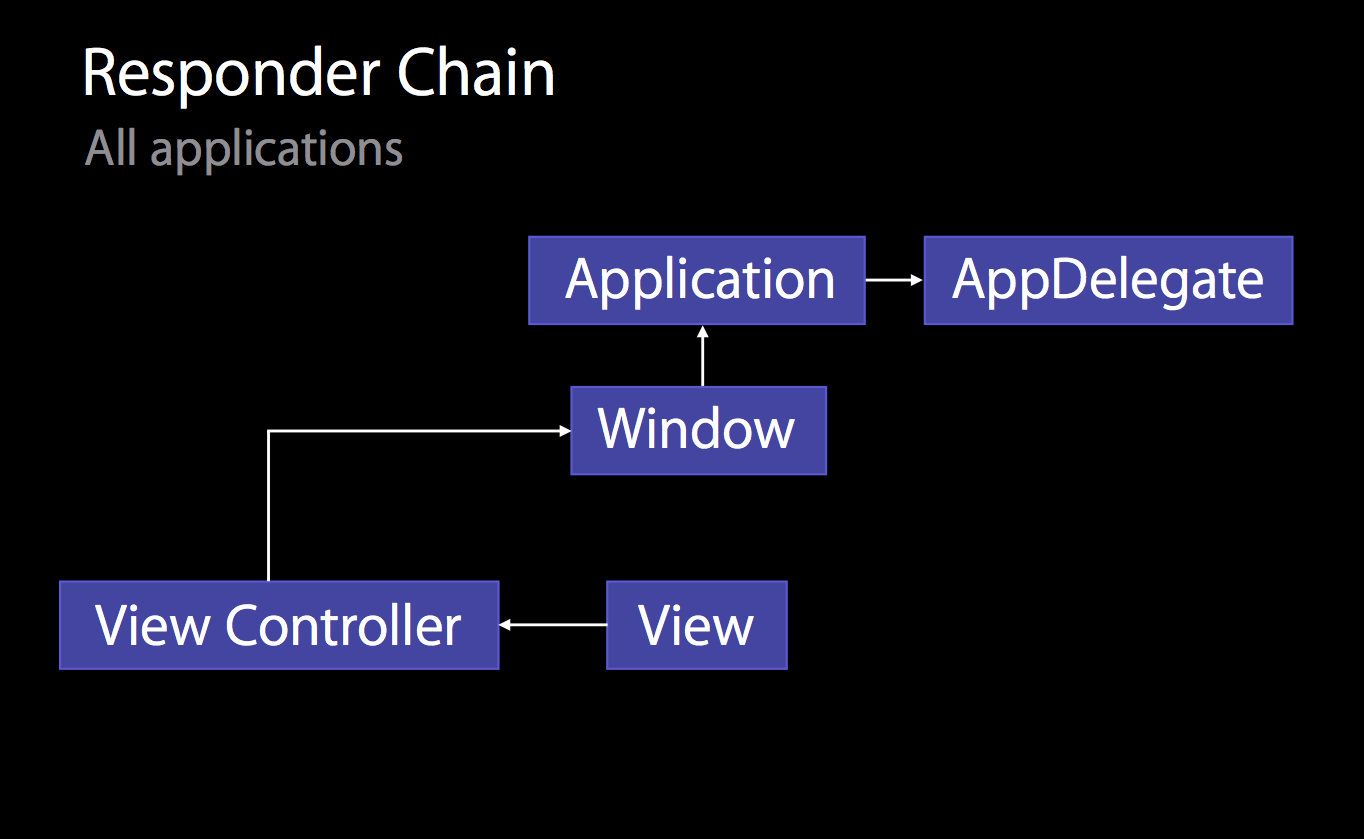 What does it do: Customize behavior without subclassing

This pattern has been wildly used in a lot of places, e.g, UITableViewDelegate, UITextFieldDelegate, etc. It simply tells the delegator some behavior has been operated. The more delegate methods provide, the more flexible and more informative it will be.

What does it do: Customize data retrieval without subclassing

This pattern has also been used in a lot of places, e.g, UICollectionViewDataSource, etc.

It gives developer a way to reuse the same View for different Controllers with different purposes.

What does it do: Provide organizational structure to focus responsibilities

Other patterns could be mentioned here is: Singleton Pattern, Facade Design Pattern, etc.

2. Use them in Your Code

To build an Application, to design(overview, or conceptualize) the app:

This note was originally published at github.com/antonio081014/WWDC_Learning_Review.

Write the Code, Change the World.